You are here: Home / Services / Taps

Let Us Take Care of Those Annoying Dripping Taps

There is little in life that’s more annoying than the persistent sound of a tap dripping. Dripping taps are not only irritating, they can waste hundreds of litres of water a month, adding a significant amount to your water bill.

Added to this are the widespread problems caused by damp and mould from leaking taps. These can not only impact your health, they can also lead to structural damage to your home if left to worsen over the long term.

Dripping taps are a common problem in many households in both new and older taps. If you have a dripping tap in your home, you’ll want to get the problem fixed sooner rather than later, so you don’t end up paying too much for your water bill.

Do you need a plumber to change leaking taps?

While it might be tempting to try to change your taps yourself, unless you have the right skills and expertise, taking a DIY approach to fixing a leaking tap may actually cause more problems than it solves. It’s easy to misdiagnose the cause of a leaking tap and this means that you spend a lot of time and hard work fixing the wrong thing, and still end up having to call in a plumber.

Trying to fix or change taps by yourself is fiddly and it requires certain tools, which you may or may not have handy. It can also be an incredibly messy process, with the potential for flooding and further water damage if the water is not turned off properly at the mains.

Calling in a professional straight away will save you a lot of time and effort, and it also guarantees that the job will be done right the first time.

To avoid further damage, costs and water wastage from a dripping or leaking tap it’s important that you get it fixed as soon as possible. Call Paul Bevin Master Plumbers today for a quote to fix your leaky taps. 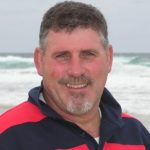 How Can We Help?

If you’d like to discuss your plumbing issue or you need urgent help, send an enquiry or give us a call now.